A case of interest to lawyers and clients alike wherever in the world, as regards the balance of power between a government and its Parliament, in this case in the UK.  This High Court ruling (3 November 2016) effectively defined the limits of UK government power by reiterating that Parliament is sovereign – it can create laws and only Parliament can take them away. 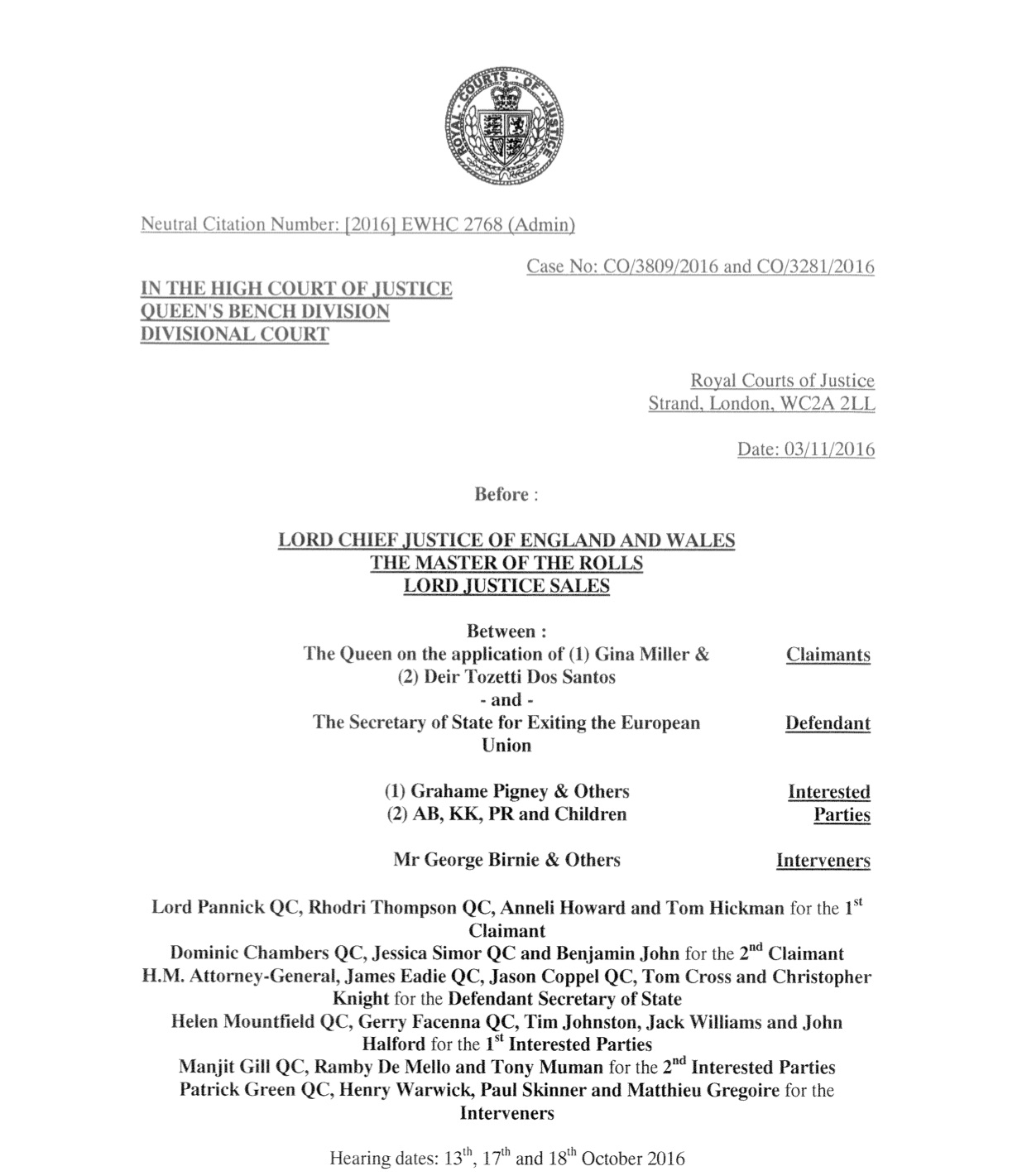